The power of Central Limit Theorem is widely known. In the following post we are exploring a bit the areas outside its scope – where the CLT does not work. We present the results of numerical simulations for three distributions: Uniform, Cauchy distribution, and certain “naughty” distribution called later “Petersburg distribution”.

The CLT is formulated in a various ways. We will use the following simplified formulation:

tends to Gaussian distribution as n increases, and has the parameters:

The main actors in our show are as follows:

The numerical experiments were done by drawing \(10^9\) pseudo-random numbers having given distribution. Then for sampling distribution we used \(10^5\) samples, each of size \(100\).

Lets start with the most common case – uniform distribution. As we see on the figure below, nothing surprising is here: 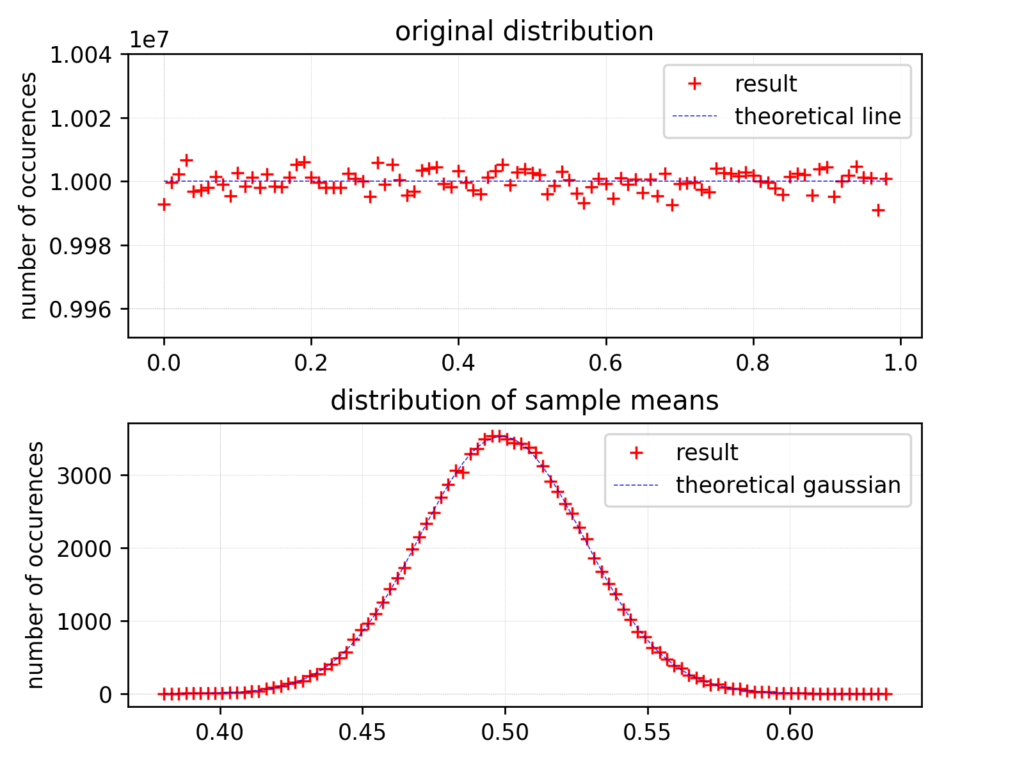 The top chart shows the original distribution, the bottom one distribution of sample means. As we expected, we observe nice Gaussian here. As we see, CLT works great and the most interesting part is still ahead.

Now have a look at the analogous histograms produced for Cauchy distribution (please note the logarithmic scale on y axis): 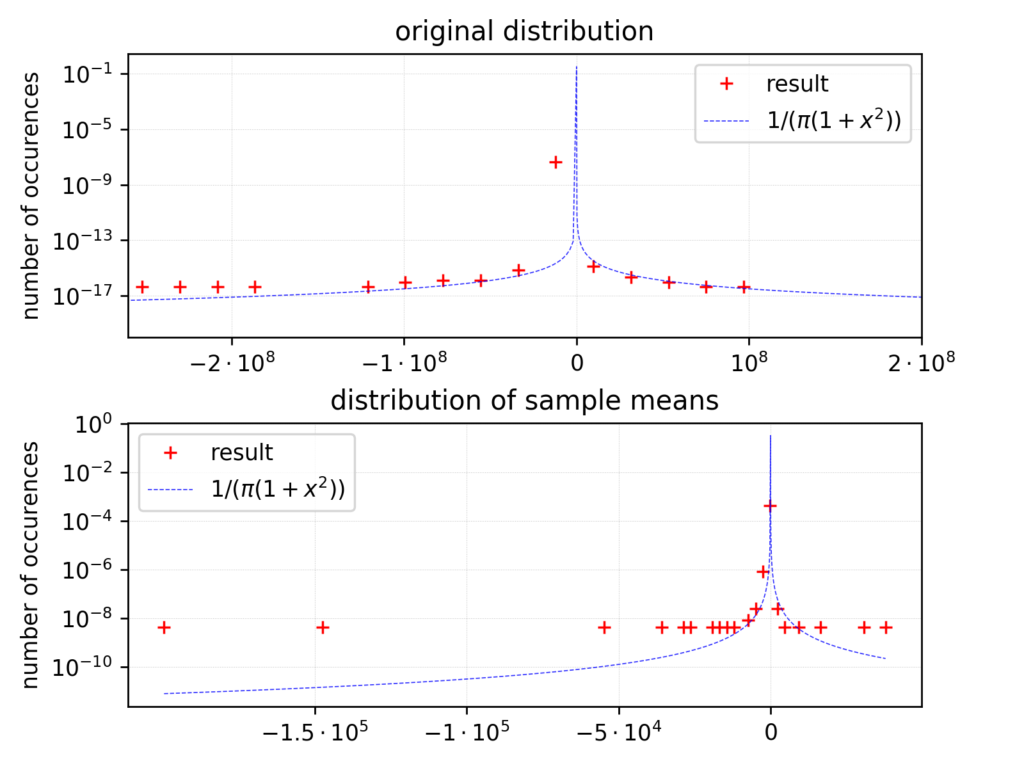 The situation is significantly different here. The population size, sample size and the number of samples are the same as in previous example. The only difference is an input distribution.
I does not require any statistical tests to state that the distribution of sample means (SM) is far from being gaussian one. The maximum for SM distribution has the sample position as for
the original distribution. However the area beyond is definitely standing out (please note the range being much shorter on x axis than for population distribution, which is characteristic of SM distributions).
So – not Gauss and not longer Cauchy. Thus we observe the situation outside the scope of central limit theorem.

And now the most interesting part: “Petersburg” distribution – having infinite variance and expected value. Lets see how it looks like (double logarithmic scale): 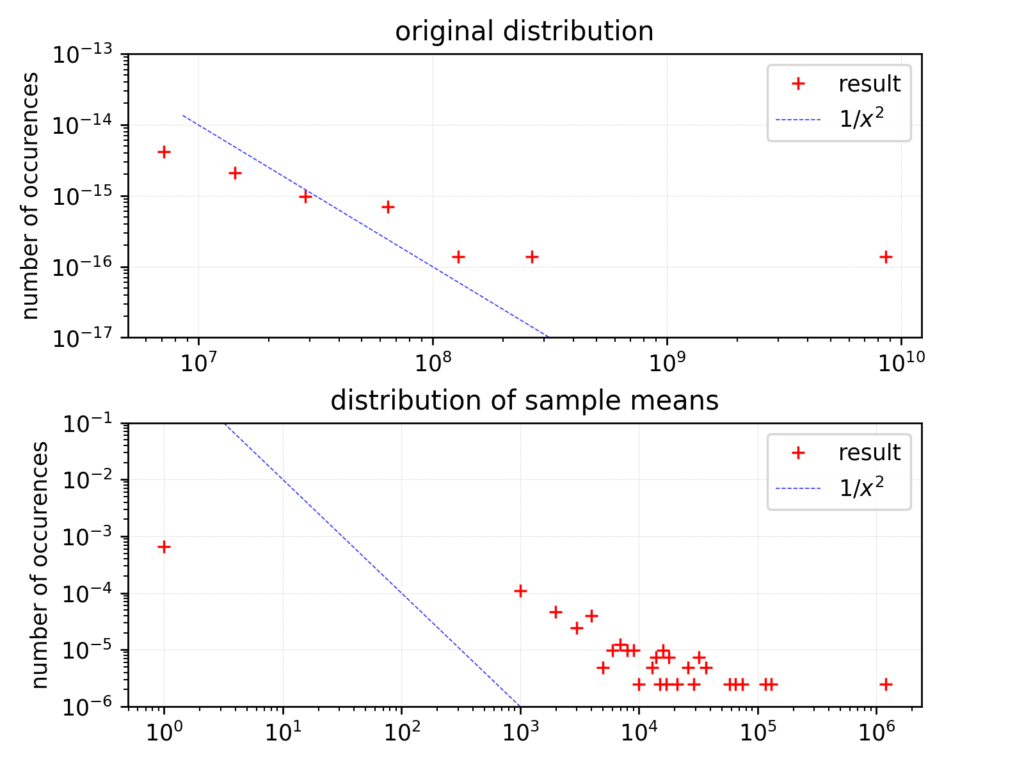 Do not trust the distributions with infinite variance and expected value 😉

In the next part we will consider the behaviour of standard deviation for presented distributions.